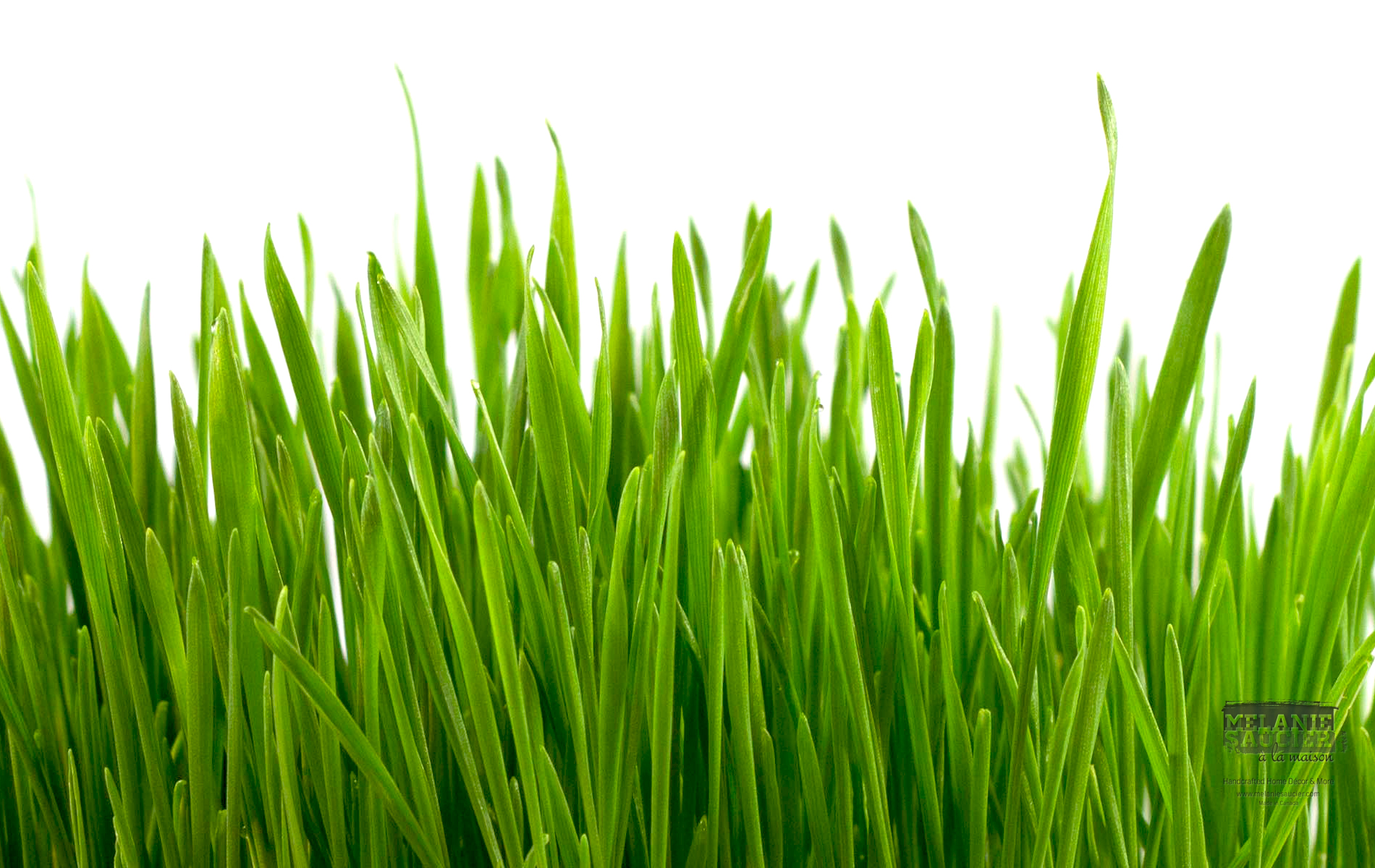 Wheatgrass Facts – An In Depth Report

Wheat grass is a wild, wheat-like grass that has, for many centuries, been a nutritionally dense supplement used by humans and animals alike. Many different civilizations have been known to use wheat grass – both the blades themselves, as well as the roots – for medicinal purposes. Many health food “junkies” also swear by wheat grass juice as the ultimate feel-good, cure all for pretty much anything. But what is wheat grass exactly, where did it come from, and is there any supporting evidence behind all the health claims surrounding this mysterious grass?

Throughout history, this humble common wheat plant has been purported to cure any number of ailments, as well as serving the purpose as a high quality nutritional supplement. The plant is easy to grow oneself, and is also readily available in a number of forms, most often as a juice – either served in “shots”, or in a mixture of fruit and vegetable juice – it can also be found in powder and pill form. Gaining popularity in the United States during one of the first natural health movements, wheat grass has a storied history and has continued to be propped up as one of the world’s best superfoods.

A Brief History of Wheat Grass

There are implications from far back in history, with reports as far back as the Egyptian Empire, to the use of wheat grass for the enhancement of wellbeing and vitality, and this was some 5,000 years ago. Wheat grass – in terms of its use for basic nutritional supplementation, as well as a cure for many different health anomalies has been seen in many other contexts as well, with references to this special grass found in the Old Testament of the Bible. However, the first modern “discovery” of wheat grass occurred in the early 1900s. According to Creighton School of Medicine, Edmund Bordeaux Szekely discovered a religious text that purported wheat grass to be “the perfect food for man” (Parker, S. Creighton School of Medicine. Wheat Grass: History, 2007).

Empirical, scientific study of wheat grass really began in the 1930s, when food chemist, Charles Schnabel (Olguin, K. The History of Wheat Grass. 2009.) started to look at the chemical composition and nutritional benefit of this grass that, throughout history, has been seen as the world’s first superfood. In groundbreaking studies done on common hens, Schnabel’s research seemed to back what many had been saying for centuries – that wheat grass has many beneficial properties, far in excess of pretty much any other vegetable.

Schnabel was trying to rejuvenate ailing hens, and the hens regained their health and then some (Seymour, K. Illinois State University. wheat grass. 2011.). These hens, due to the reduced level of their health and well being, were also incredibly poor egg producers. What Schnabel found was that when feeding fresh wheat grass to the hens, along with their traditional feed, was that not only did the health of the hens improve significantly, but their egg production went from a paltry 38%, to an amazing 94% (Olguin, K, et al.). These levels were higher than that of his healthy and unaffected hens (Seymour, K. et al.).

With this discovery, Schnabel started a campaign to increase the popularity of this very special grain.

There are many claims that surround the consumption of wheat grass – particularly in juice form. According to the Hippocrates Health Institute, wheat grass can boost your metabolism, lower blood pressure, and even has blood purification properties. Many who consume wheat grass juice claim that doing so gives them feelings of vitality, energy, mental clarity, and happiness. With many claims of such wide range, the consumption of wheat grass juice has become a phenomena amongst the natural health and whole foods communities, and is used as a daily maintenance aid, or to cure a particular ailment.

It is most often consumed orally in the form of juice. Bunches of the wheat grass are processed by a juicer and two to four ounces is the general “dosage” for the average individual (Hippocrates Health Institute, 2009). While it can also be consumed in powder or pill form, as with most vegetables, consuming wheat grass juice in its fresh state is the most beneficial way to get the nutrients available in the plant.

It is used for the above stated reasons, as well as for improved vascular and respiratory functioning (Dufault, M. 2006. Wheat Grass). Many claim that is has detoxifying properties, and can even improve mental clarity (Dufault, M. et al). It is also said to aid in the healing process of wounds, infections, and more (Parker, S. et al). All this sounds well and good, and there are many first hand accounts as to the supposed benefits of this humble juice, but is there any science to back up these claims?

Based on analysis, wheat grass is shown to be incredibly high in nutrients. According to Illinois State University professor, Kent Seymour, wheat grass is one of the best ways to get living chlorophyll in the plant kingdom. As the chemical structure of chlorophyll is incredibly similar to that of the human hemoglobin (blood) cell, it is shown to aid in the purification of the blood and spurn the production of red blood cells (Olguin, K. et al).

Foods that have a high alkaline value are helpful in maintaining the proper pH balance of the body. A proper balance is a good indicator of overall health and wellness. Wheat grass has been shown to be the best alkaline food from the plant kingdom – better than broccoli and spinach, which were thought to be leaders in that category (Olguin, K. et al). The alkalinity of wheat grass helps to restore the balance to the blood.

Analysis has found that wheat grass contains the full spectrum of B-complex vitamins, which are vital to many bodily processes including brain functioning and proper cell development. Wheat grass is also very high in amino acids, which are known to help aid in the repair and renewal of cells (Parker, S. et al).

The American Cancer Association shows that the consumption of wheat grass was found to be very useful in the treatment of ulcerative colitis, or inflammation of the large intestine. The study they cite had those suffering from this condition consume 3 ounces of freshly “squeezed” wheat grass juice a day, and those who consumed wheat grass were found to have fewer bloody stools, and less pain when compared to the control group.

WebMD states that while the evidence supporting the many health claims about wheat grass is limited, it has widespread use for a huge array of different conditions. While the evidence is still needed to really be sure, to be able to make heads or tails of these claims, what we do know is that wheat grass is incredibly high in nutrients, as well as antioxidants, which are vital to a healthy immune system and bodily repair.

For the most part, wheat grass is considered to be a very safe plant to consume. There has not been a good deal of empirical research done on wheat grass, but according to WebMD, when consumed in “medicinal levels” (that range of 2 to 4 ounces a day) is said to be “likely safe”. There is relatively little research about any long-term effects of sustained wheat grass consumption, but there is also no evidence that should warn anyone off from consuming it as a preventative or supplemental aid.

Those who have reported side effects, according to WebMD, tend to complain of minor gastrointestinal difficulties such as constipation. Reports of appetite loss and nausea have also been reported, but these appear to be in a minority of users and is minor in nature.

Throughout history, wheat grass has been consumed as both a nutritional supplement and an aid to healing and treating all number of conditions. Many different peoples have relied upon, and swear by wheat grass. While empirical scientific evidence to back up the claims made by wheat grass users is lacking, the number of reports of increased vitality, as well as a whole host of other beneficial effects should give us pause, and the evidence tells us that it doesn’t hurt to consume it. Science has shown wheat grass to be a safe substance to consume, high in essential vitamins and nutrients. And the first hand accounts tell us that it has the potential to do a good deal for our health and wellbeing.