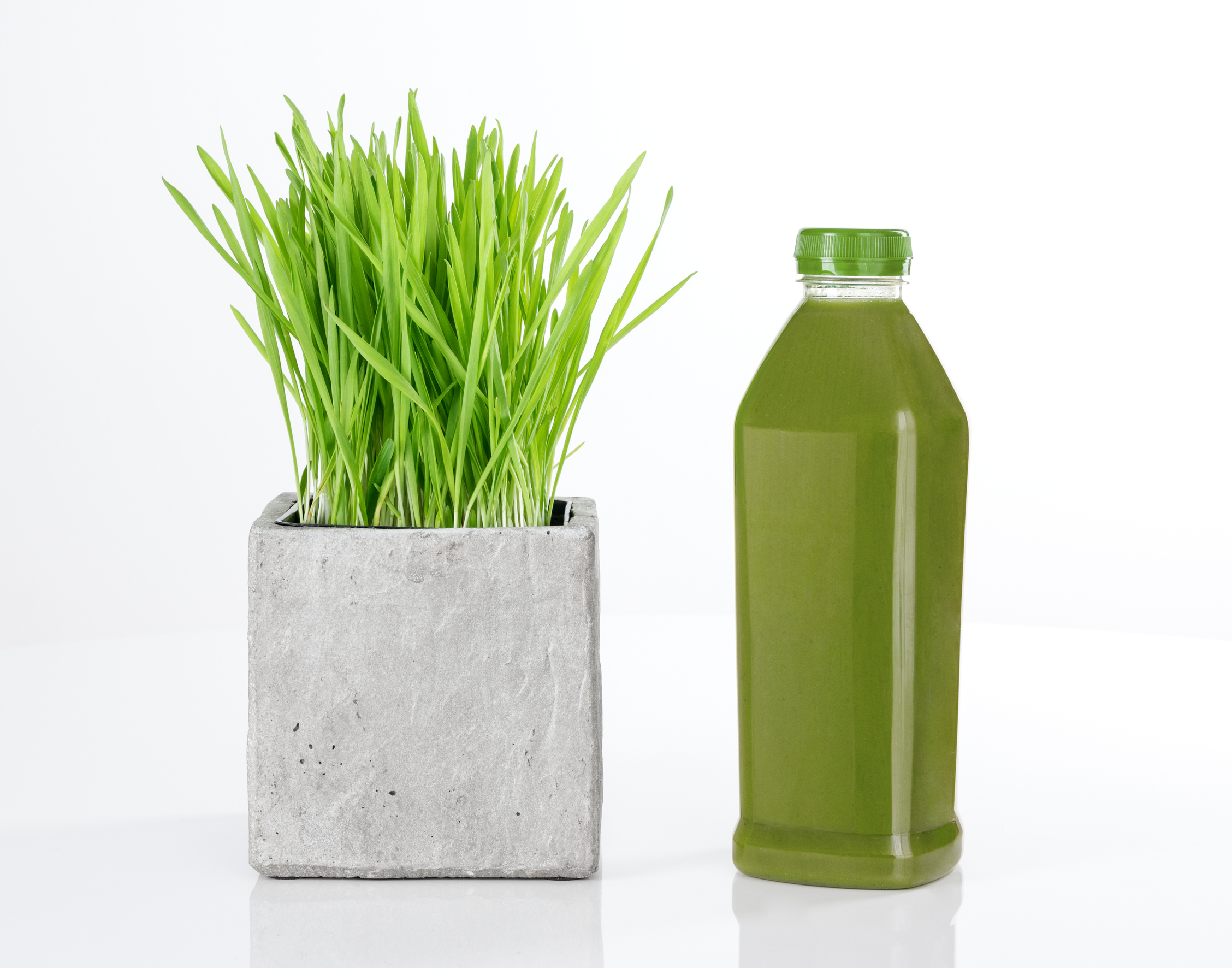 Wheat seeds are sprouted and allowed to grow for around a week to 10 days, looking quite a bit like the grass in your lawn. When their second set of leaves emerge, the sprouts are snipped and you now have fresh wheatgrass to enjoy.

How to Use Wheatgrass

You can usually buy wheatgrass as a powdered nutritional supplement, but the healthiest way to have wheatgrass in your diet is as a fresh juice. Some good health food stores sell wheatgrass juice, either in frozen or bottled form – but don’t be fooled by the frozen stuff, it’s nutrition value is more than half of fresh! You can do a little indoor gardening and harvest your own wheatgrass sprouts to juice yourself for pennies a day.

Once you have your wheatgrass juice, you can use it in a wide range of tasty ways. The most common way to use wheatgrass juice is as an ingredient in healthy smoothies or other juice blends. The customary dose is a single shot (about 1 oz) in a larger volume of drink. The grassy flavor is pretty potent to have straight on its own. For wheatgrass on the go, most smoothie or juice bars offer it as an ingredient in their drinks.

If the idea of drinking juiced grass sprouts isn’t catching your fancy, you need to think about the overload of nutrition you’ll be missing out on if you don’t give wheatgrass juice a try. It’s very high in vital nutrients such as:

It is particularly high in Vitamin E and phosphorus. Wheatgrass has more of these nutrients than even spinach, the superfood heavyweight. It also has nearly as much iron. Wheatgrass does have a little protein as well, but not really enough to class it as a great source for this. Still, it’s a good nutrient and certainly isn’t going to hurt to have a little more in your diet.

In case you are wondering about using wheatgrass as a micro-green or leafy vegetable, think again. Because it is a grass, there is a lot of tough cell walls in those little stalks of developing wheat. If you were to eat wheatgrass as-is, your body couldn’t digest it very well and nearly all the nutrients would pass right on through. Only once you crush everything up in a juicer can you really extract all the wheatgrass goodness.

In today’s world of gluten intolerance, anything associated with wheat can strike fear into someone with Celiac disease. Thankfully, you can be assured that wheatgrass is completely gluten free. The gluten only forms in the seeds of the mature wheat stalk, and the much smaller sprouts in wheatgrass are harvested long before any gluten-laden seeds develop.

Remember you need a specialized wheatgrass juicer in order to actually extract juice from wheatgrass!  Be sure to checkout the Healthy Juicer :)

Benefits (and Risks) of Juicing Celery

END_OF_DOCUMENT_TOKEN_TO_BE_REPLACED

Benefits of Juicing Kale (and risks!)