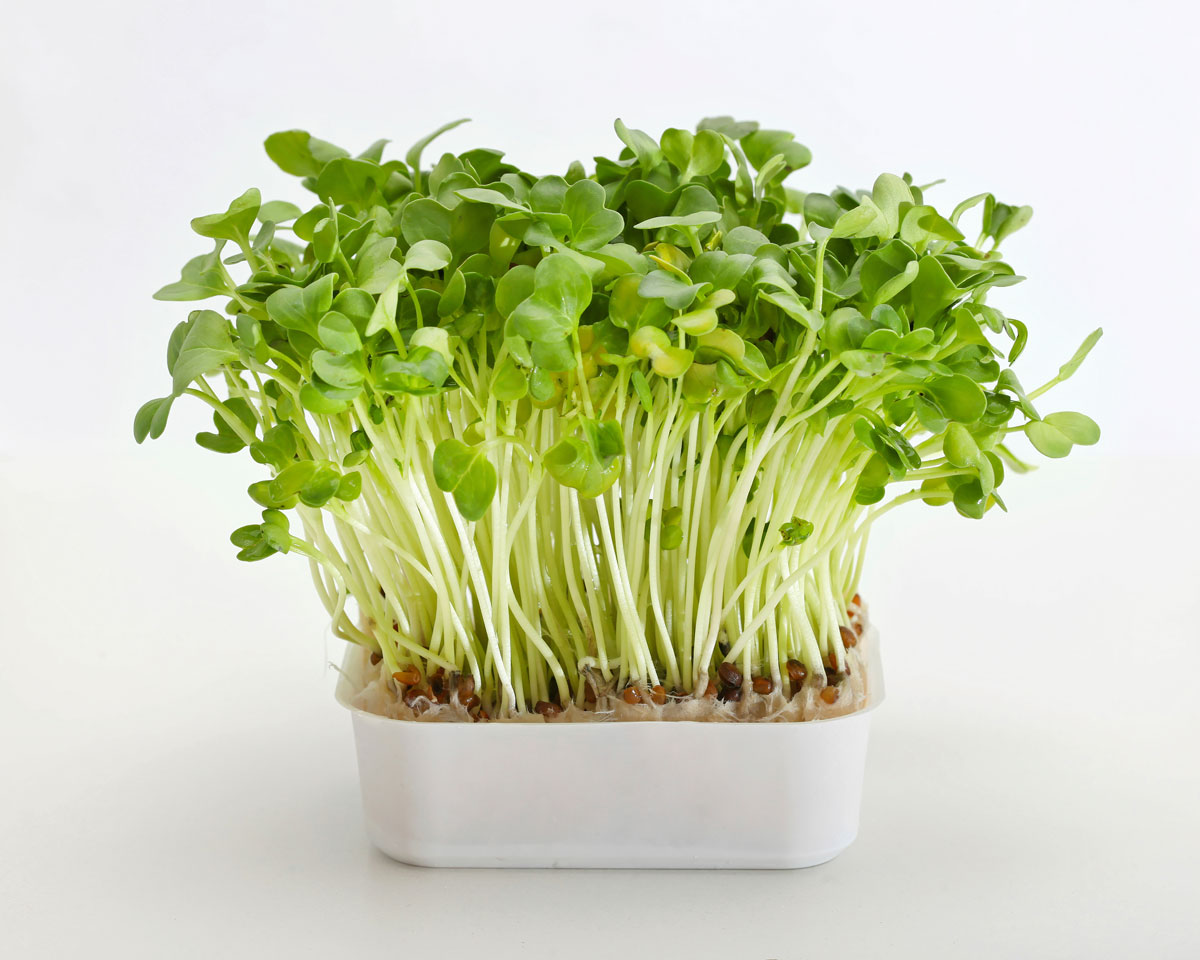 Watercress has been in the press lately as one of the latest “superfoods” to come to the public’s attention. It tends to make people think of dainty tea sandwiches if you even recognize it at all, so you might need a primer on the great nutrition of this lesser-known green.

Since this is a little more obscure than the leafy classics like spinach and kale, let’s take a minute to find out more about watercress before going any farther.

Watercress is an aquatic plant and looks more like a handful of sprouts rather than the large leafy greens we’re used to. It’s not as common as a commercial food product so it’s not always easy to find at the usual grocery store. It’s closely related to cabbage and mustard, and it has the same zesty flavor.

On to the nutritional part of the discussion. Though the leaves are small, watercress has a lot of healthy benefits to offer. In particular, you’ll find sizable doses of:

In smaller amounts, there is also riboflavin, vitamin B6, potassium, phosphorus and magnesium. When comparing the same volumes, there is as much vitamin C in watercress as there is in orange juice and more calcium than in dairy milk.

Watercress has a few other nutrients in its little green leaves that add some further goodness.

Compounds in watercress, known as thyoglycosides, are excellent to help thin the blood and reduce inflammation in the body. There are also high levels of other phytochemicals that work as antioxidants in your body, to clean up damage done by free radicals in the environment (basically, damage done by radiation and pollution).

There is also a nice serving of fiber in watercress juice as well, and it’s a good source of vegetable-based protein.

As we said, it’s a little peppery in flavor so you’ll want to experiment a bit to find the right recipes that work with the taste. Don’t overdo the addition of watercress juice, definitely not more than one 1oz shot in any larger recipe. It works very well in more “savory” vegetable blends rather the sweet fruit ones, but you can let your own taste decide on that.

Unlike some other greens, watercress is really delicate. When you are planning on making watercress juice, try to buy it within a day or two before you intend to juice. The whole leaves will only last a couple of days in the fridge before they seriously start to wilt and deteriorate.

There are no woody stems involved with watercress so you can just toss in a few handfuls of leaves into your juicer and get going.