Everything You Have Ever Wanted to Know About Wheatgrass

Show Me The Best Juicer For Wheatgrass!


The benefits of wheatgrass are truly endless!   This data was pulled in from multiple reputable sources which we have cited below the data.  Are some of these values completely unbelievable?  We sure think so and why we are so passionate about wheatgrass, but they aren’t typos!

By simply taking 5 minutes in the morning to juice your own wheatgrass you can completely eliminate all of those expensive, man-made supplements in your kitchen drawer!  Naturally.

Below we have put together the actual nutrient value in a one ounce shot of wheatgrass.

Percent Daily Values (%DV) are for adults or children age 4 or older and are based on a 2,000 calorie reference diet.  Your daily values may be higher or lower based on your individual needs.

Why Should I Drink Wheatgrass Juice?

Growing and juicing your own wheat sprouts is not only decorative and fun, but also highly nutritional. Wheatgrass is full of vitamins, minerals and amino acids. The juice has many health benefits due to the high concentration of chlorophyll, Vitamins B-12, B-6, K & C, and beta-carotene.

Wheatgrass earned its reputation from people with terminal illnesses who took it at the eleventh hour after conventional medicine left them with no hope. In the 1970s Dr. Ann Wigmore opened the Hippocrates Health Institute in Boston, nourishing terminally ill patients back to health with fresh squeezed wheatgrass. (See her story below)Dr. Charles F. Schnabel (1895~1974) chemist and agriculturalist, knew from his work with his farm animals and his research in the laboratory that wheatgrass boosts nutrition, builds good blood and

strengthens immunity. More recently, there are many studies demonstrating the nutrition of grass foods, using both clinical evidence and testimonials.In the US there are numerous healing centers where wheatgrass plays a key role in the diet (Checkout Vibrant Health Institute). There are courses run in the UK by proponents of wheatgrass and raw, living foods.
Wheatgrass has long been used like a herbal medicine ~ for its therapeutic and nutritional properties. Although wheat is the most popular, barley, oats and rye are equally potent. 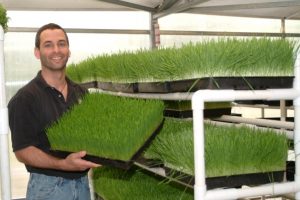 Percent Daily Values (%DV) are for adults or children age 4 or older and are based on a 2,000 calorie reference diet.  Your daily values may be higher or lower based on your individual needs.

Juicing Myself vs. Store Bought

You can grow a tray of wheatgrass for as little as 30¢ which will yield anywhere from 10-12 ounces. That’s less than .3¢ a shotand easily juiced at home with the Healthy Juicer!

Cost Comparison of Juicing at Home Vs Store Bought 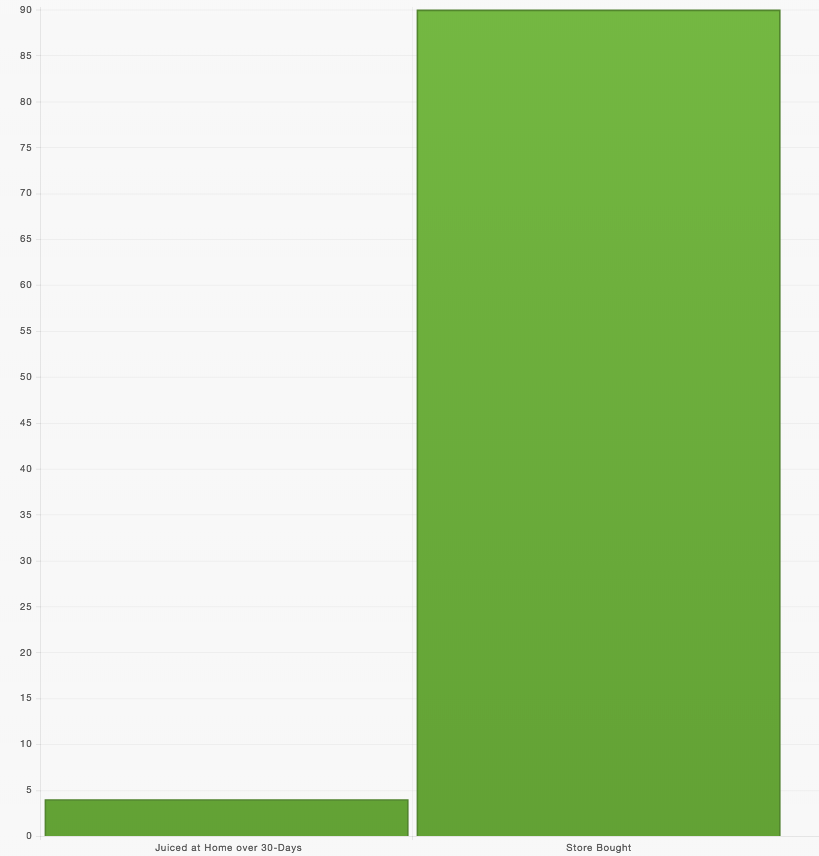 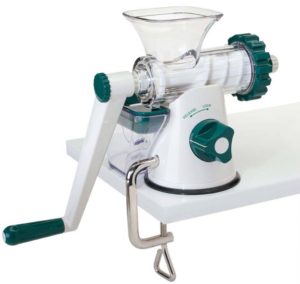 Show Me The Best Juicer For Wheatgrass!
Just a few things the Healthy Juicer can handle…plus LOTS more!